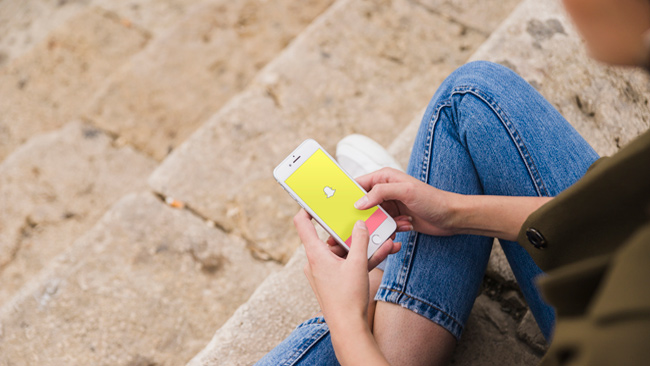 Snapchat is the pioneer photo and video messaging app that is popular among teenagers and young people worldwide. Snapchat gives youngsters and teenagers exactly what they want – a simple way to share everyday activities while also making them look trendy. In contrast to Facebook and Twitter, which record and publish everything you do, Snapchat offers disappearing messages.

Snapchat has evolved to a strong social media tool with 229 million daily users creating over 4 billion Snaps every day in the last eight years. That said, let’s look at some of the reasons why Snapchat is still one of the best apps for sharing pictures.

In the age of timelines and posts, which were used only to store things for later, Snapchat had a different idea. It offered a new and innovative method of communicating with others. Whether through trendy filters or interactive lenses, Snapchat always has something new to give its users, which led to its success in delivering virtual reality to its users.

They were the trailblazers who introduced private picture sharing, sending short videos, video chat, messaging, creating caricature-like avatars from Bitmoji, and sharing a chronological “story” that is displayed to all your followers.

But if you haven’t been using certain features or the app itself, then you probably need a snapchat on PC manual, along with other instructions for its slightly confusing interface.

One of Snapchat’s most popular features is its facial selfie filters. Snapchat’s camera allows you to apply 16 different comical or “scary” filters on your face. Snapchat updates these filters on a daily basis. These features set Snapchat apart from other social media platforms by providing a fun reward for users to utilize the app and share their hilarious pictures with friends and family.

Snapchat makes the app more fun by assigning a score to users based on how many ‘Snaps’ they send. It also recently incorporated a Snapchat Trophy case with emoticons that represent the achievements you reach in the app.

Does Not Bombard Their Users With Ads

Snapchat allows users to select when they view brand content in sharp contrast to social platforms, which floods advertisements in their news feeds. Snapchat Discover allows only a few businesses and media companies to advertise content. Although certain live stories have a limited number of commercials, consumers can bypass them in seconds by simply touching their fingers on the screen.

Most social media sites will require an e-mail address from respectable and well-known providers like Gmail or Yahoo. Snapchat, on the other hand, will take practically any e-mail service. Above all, you are not required to verify your e-mail address to use the app. The app even lets you modify the e-mail address afterward, which is a feature no other social media platform provides.

Snapchat is essentially the “feel-good” app in a sea of social media apps that make users feel anxious, alienated, or self-conscious.

As per reports, more than 90% of Snapchat users claim the app makes them happier than any other social media application tested. Users mentioned that they feel playful and goofy when they use the app because it is a platform where they can be themselves, contact their friends, and share their everyday lives.

Does Not Take Up a Lot of Data

Social media networks recently took a lot of criticism because of the amount of data and the possible exploitation of that data. Snap, on the other hand, takes a lighthearted approach to social media.

Since the photographs and videos, you send as snaps vanish after two views, the amount of data Snapchat collects when you use it is very minimal when compared to other social media applications. As a result, Snapchat has a negligible impact on your digital footprint.

Provides Users an Inside View of Places

Snapchat has transformed the way people use social media. Whether you have added a well-known hotel chain or a beloved Snapchat star, the app provides you a glimpse of destinations you never have ever been in the form of snap stories being told from multiple angles.

The app lets you virtually explore Milan’s streets or the Pride Day celebrations with just a click on the Snapchat curated live discovery stories. Any Snapchat user in a certain geographical location can contribute videos to these stories.

Overall, Snapchat is a popular social media app that connects people. It is a versatile app as it offers many fantastic features that can adjust to your requirements, thereby making it one of the best social media apps.