Octa Core vs Quad Core - Which is Better for You 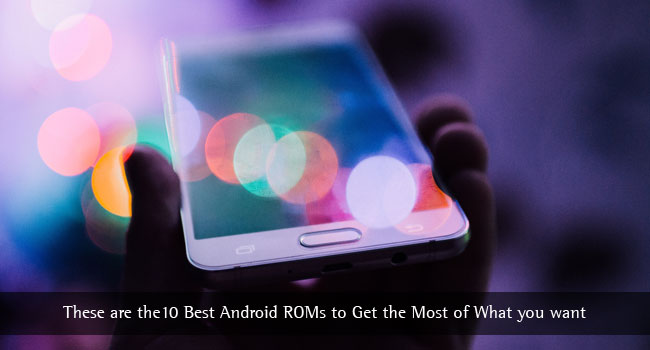 10 Best Custom ROMs for Android That Are Highly Popular

One of the biggest advantages of having an Android device having access to an array of self-proclaimed “Best Android ROMs”. Being an Open Source project Android has a hard-working community always in search of the best custom ROMs for Android. Best Android ROMs aren’t usually the ones with the most functionality or the best UI or even the ones with the most accessibility. The Best custom ROMs are the ones which bring together all the above three in their best way.

Custom ROMs for android have always been in the picture ever since it’s initial release and have helped many users get what they want out of their devices. Android Custom ROMs also help to keep your phone updated to the latest Android versions even though the manufacturer has stopped giving updates. You will always have a list of Custom ROMs to choose from that can help you get the most of what you want from your phone.

10 Best Android ROMs you Must Check Out

It’s the most popular custom Android ROM on the planet as of now and it can be found on top of every best custom ROMs for the Android list. LineageOS released in December of 2016, acts as a successor to the highly popular CyanogenMod. This Custom Rom supports over 190 devices and gives the user a better functionality.

Always in competition with LineageOS to be the best custom ROM for Android is Paranoid Android. Though it supports is limited to a small number of devices it keeps up with the world with is quirky features such as the Hover mode, a Full Immersive mode for Android etc. It also has one of the smoothest user experiences on the Android platform.

On the top of its minimalism and minimalistic features, SlimRoms has made quite a name for itself. Boasting features like Slim Recents and SlimPIE, this custom ROM helps to have a clean and neat interface. It’s quite possibly at the top of being the lightest and most functional custom ROM.

Resurrection Remix also known as RR extends its support to over 150+ devices. This Custom ROM brings in the best of all the top 10 ROMs and combines it to give the user one of the best user experiences. This makes the ROM a little hefty and also unstable at times.

This is the only custom ROM that will satisfy your love for PAC-MAN then this is the only way to go. This funny and highly efficient ROM is retro and never fails to make you laugh. Officially supports over 130 devices and has immense customization options.

See also
10 Must Have Apps for Rooted Android Phones

What started off as a custom ROM project now has led to the rise of the 5th Largest Smartphone manufacturer in the world. Trying to give its users an iPhone like experience with its User Interface, smartphone manufacturer Xiaomi has turned the tables around in the Industry. The ROM boosts the battery life of the phone and is also available for a handful of smartphones apart from Xiaomi.

Dirty Unicorns is on the list for being the most Customizable, it boasts this feature by adding something called ‘Dirty Tweaks’ to its roster. This ROM shadows RR but does not merge the code like its competitor, the code is written from scratch and hence ensures stability. This ROM is pre-rooted and gives a big battery boost.

Being one of the first ROMs to successfully implement the substratum the Carbon ROM is known for being one of the most stable custom ROMs out there. With features added to it in the form of CarbonFibres, Carbon ROM has one of the best user interface of the year. This ROM also helps pack a lot into your phone by having a good compression algorithm.

XenonHD has and still is one of the most stable custom ROMs to come out into the sea of Android custom ROMs. This ROM allows you to customize your themes and also filter out your notification. Though not heavy on features this ROM definitely lets you tweak your device to bring out the best in your device.

Harshith likes Empty Books, Classic Rock, and KitKat. An engineer by day and since he couldn't afford to be Batman in the night, he uses this time to write for TechLila. Though he likes to travel you will never see him using the word 'Wanderlust' and he's proud of it.